There Is Always a First Time 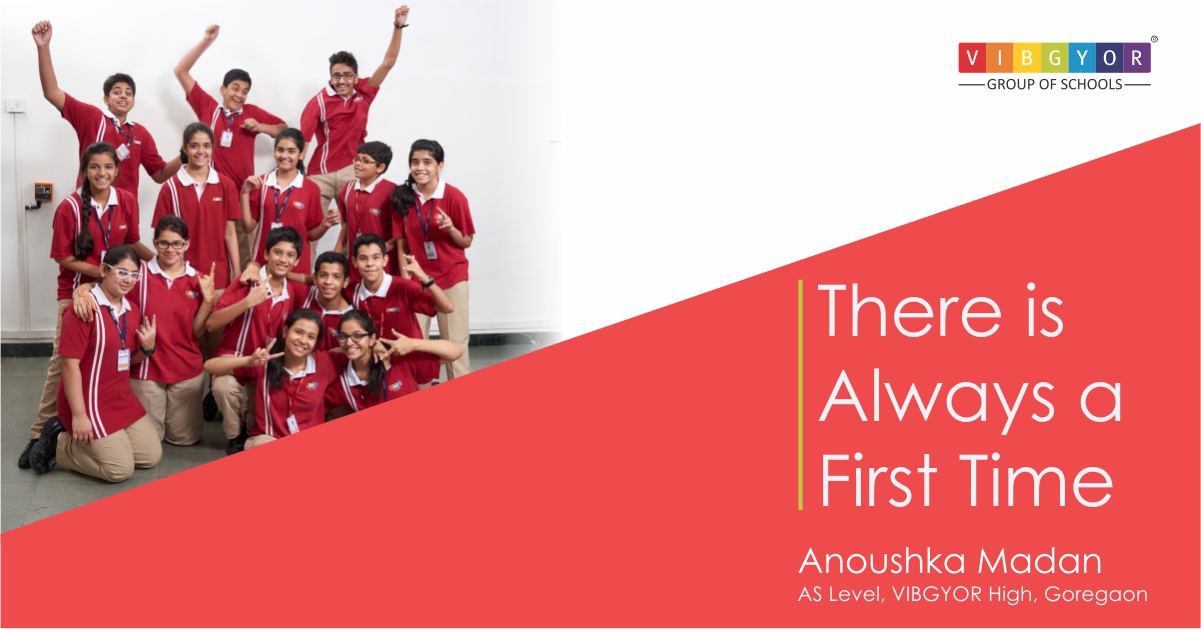 I got up in the morning with an unexpected flutter in my tummy. The first day of AS Level, the new chapter in my life after the gargantuan ICSE board examinations. Oddly, my mind was a tabula rasa. I wondered who my classmates would be. I felt apprehensive; a little clueless. I changed my T-shirt at least four times, confused. My thoughts were all jumbled up and though I disliked admitting it, I felt nervous – a feeling that was completely new to me.

I walked into the school building. Familiar turf, comforting. It was now beginning to feel like just any other school day, till I dipped into the Spartan corridors of the 12th floor. Earlier, I simply traipsed here for VMUN, Greaders Club, EUMIND meetings and orientations and yes, for an occasional peep into my younger brother’s judo pummelling.

So anyway, I had a few minutes to myself before the others filtered in. Despite the presence of fifteen odd people in the space, the quiet, clean confines reminded me of a sanatorium. The strong whiff of a lemonish floor cleaner, the silently positioned ancillary staff added to the pallor. Where were the rush and the din and the chaos and the screaming that rather lustily laced the corridors of the 8th floor? This was a different world, serious, grim, business-like, bereft of warmth, seemingly a place where there would be no time for conversations, zero old familiarity, no backslapping… Instead there were new teachers, crisp books, ironed manes, and finely tuned timetables. I was already slipping into auto pilot mode.

The flutter in my tummy grew into a monster by the time lunch hour arrived. My mother had packed my favourite foods in boxes. Chicken sandwiches, peaches, and biscuits……..nothing worked. Suddenly, the food lost its lustre. There was more fun in snatching and bartering. Barter rights worked till the 10th grade: if you had a chocolate, it fetched a premium, you could trade it for anything ranging from half a chicken sandwich to schezwan rice with an extra dollop of sriracha sauce thrown in.

The classroom was full of mostly new faces, trying to drum up an acquaintance rather awkwardly, and I did not feel like responding to anyone. Something was not right, my heart was missing. I felt…lonely, amidst a class of twenty eight students. I was used to roaming in the hallways and gossiping with my friends during recess. Suddenly, it was too civilised, too formal, too starchy, and it annoyed me at some level.

The day was over, I had never been so glad to hear the bell ring. I wafted through a range of emotions that evening till my head hit the pillow. The next morning, I awoke fresh, my thoughts sorted. I strode confidently into my classroom, as if nothing had happened, slipped into a new daily routine, set up my locker, poured myself into work, articulated interesting conversations, made friends…..

Perhaps this is what they call growing up.