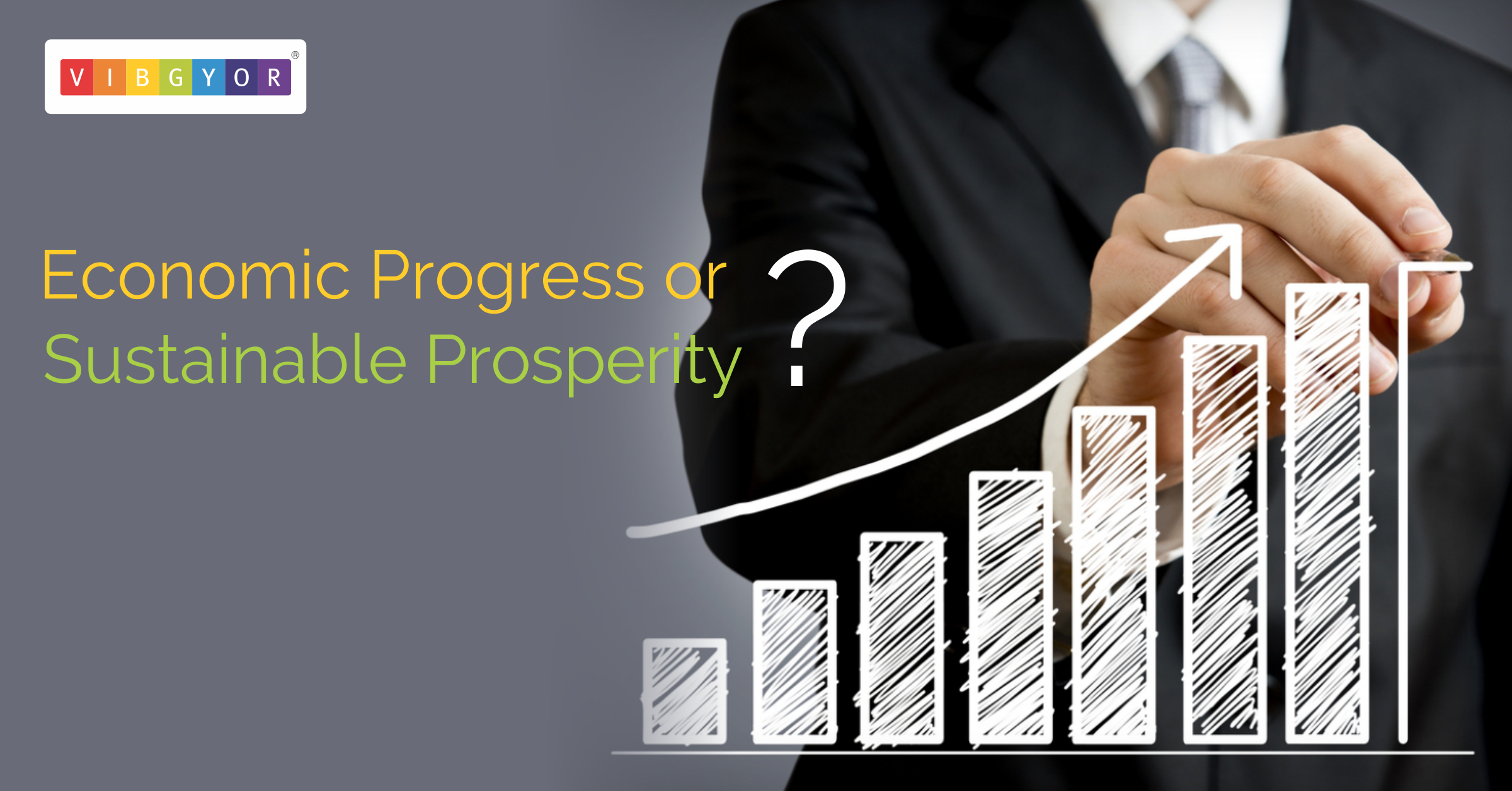 Economic growth refers to a rise in the GDP of the country, such as due to a rise in production of goods and services in the economy or maybe due to an increase in employment in the country. Sustainable prosperity would mean operating in such a way that lives of future generations are not put on the line and that measures to conserve the environment are taken.

One of the fastest growing economies, a market for the future, and an example of economic progress are some of the phrases India is addressed by. However, what is not mentioned is that we are amongst the bottom 10 in the country sustainability rankings. The large scale industrialisation and the boost in tourism might, on one hand, take the GDP of charts but what already lingers there is the constantly devolving pollution level. Is this negative externality justified in the name of economic progress?

On one hand we must make the best use of resources that are available to us and in doing so the damage to the environment is not the primary concern. The primary concern is giving everybody everything they demand while making profit. Few have other corporate objectives other than this and most argue that why should they have the propensity to act sustainable as it reduces their profits. They raise a valid point when they say that the scarcity of resources and competitiveness of the market has forced them to use the cheapest ways of producing and this has in turn engendered the problem we face today.

Such attitude has fostered the Asian brown clouds forming over countries particularly India and Pakistan. This is due to high airborne pollutants created due to combustion and biomass burning. It has caused changes in the time of the monsoon rains and a great decline in the growth of harvest during the year.

Delhi being the most popular example, where pollution levels are around 10 times what they should be. So bad is the air that living in Delhi is said to be equal to smoking twenty plus cigarettes every single day.

This also extends to the global scale. The United States of America withdrew from the Paris agreement of 2016 which, when comes into action in 2020, limits greenhouse emissions of a country. It is a step the global community is taking towards a cleaner, greener, safer future but with the absence of one of the biggest culprits. Mr Trump stated that the change from the accords will be insignificant and that the United States has already spent billions of dollars and was already “way ahead” while other countries have not and would not spend a dime. However the president made a valid point saying that it will cause power shortages and blackouts in countries dependant on fossil fuels for power. Another powerful point put forth was that millions of industrial jobs will be lost as production will now be capped by emission.

However, considering that the impact of the rise in pollution is not individual and affects the world as a whole which must be fathomed by some countries. Collative measure must be taken such as the Paris agreement and constant checks need to be made to ensure everybody is on target. Individually, countries could invest in the generation of renewable energy. Solar energy is becoming readily available and cheaper and also other methods of obtaining clean energy such as but not limited to geothermal, tidal and wind could be used after considering the geographical and financial ability of each individual nation. We cannot elude the problem, only reduce its impacts and we must, because otherwise, in the long run… we are all dead.