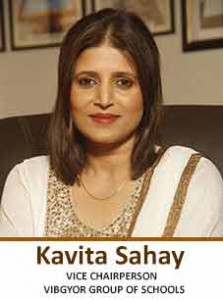 A school is a mini world by itself and could be the setting of a daily soap opera. I mean, here you will find friendship, drama, comedy, enthusiasm, competitiveness, innovation, ideas… and the list is endless.

All teachers will have their own collection of anecdotes. These are almost mini sagas; while some of them are quite uplifting, others may bring tears in your eyes, yet others may induce uncontrollable laughter.

I still remember the day, a few years back, when one young freshly appointed teacher entered his class to wish his students a good morning. They responded politely. There was a moment of complete silence after which the roomful of teenagers proceeded to create such a ruckus that they could have well resembled a crowd of overexcited frenzied football fans watching a match in a stadium. Ties were removed and thrown away, each one was bellowing to the loudest tone possible, tables were pushed aside and chairs upturned…some books were ignominiously scattered all over the place, leaving the new recruit totally flabbergasted. Alarmed, he fled the scene.

Another colleague told me how a student was so fascinated with the periscope he had newly made in the preceding Physics period that throughout her one hour Geography class he viewed her through it. However, surprisingly, he answered all the questions which she asked him at the end.

In my early days as a teacher, once I had called my students to the school auditorium to rehearse for a choral recitation competition. Much to my exasperation, students sauntered onto the stage at their own sweet pace, each one more reluctant than the other. When the poem was finally recited, it was done in complete silence! While the mouths and lips of the performers were moving, there was absolutely no sound and not a single word could be heard. I realised that no one was actually reciting the poem because no one had learnt it! Each student had thought that she/he would just pretend and lip sync while the others would recite the poem! I don’t know who was more shocked, the students or me!

Such incidences certainly make school an exciting place. The only reward a teacher looks forward to is that special bond which develops between the students and her. Our assessments happen in our classrooms every day. That is what makes it so unique. That is what keeps us going.