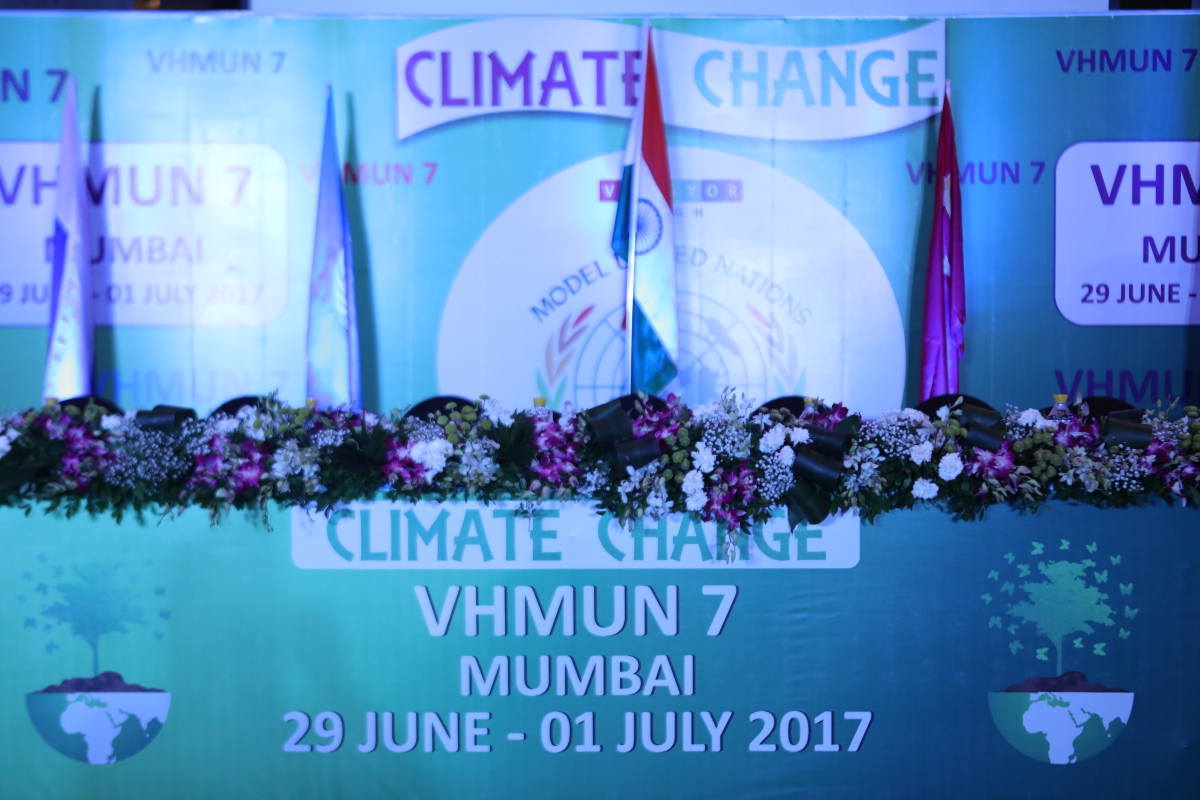 The 7th year of the VIBGYOR Model United Nations, an educational perspective on the functioning of the United Nations General Assembly, commenced on the morning of 29th June, 2017. The VHMUN was an event in which students took up roles of delegates of various UN councils, and debated over various global issues as representatives of different nations.

Through VHMUN, the participants come to understand the working mechanism of an international system, and move towards finding mutually beneficial solutions that promote peace and cooperation between the nations. This year’s VHMUN revolved around the topic ‘Climate Change’, an issue of concern world-wide. Over 500 students from VIBGYOR schools, as well as other institutions around the country, participated in this momentous event. 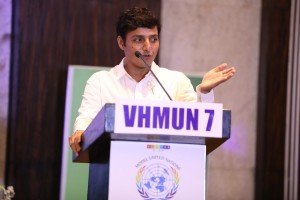 Renowned advocate, ocean lover, and environmentalist, Afroz Shah, the man who cleaned up Versova Beach in Mumbai and has been the recipient of the ‘Champions of the Earth’ award by the United Nations, was one of the key speakers at VHMUN 2017. He was joined by Padma Shri award winner, Ajeet Bajaj, who was the first Indian to undertake expeditions to the North and South Poles, and is also a member of the Himalayan Environment Trust and the Outstanding Speaker’s Bureau in India. The opening ceremony was graced by the presence of actor Neil Nitin Mukesh. Neil has been part of the Volkswagen ‘Think Blue’ campaign that focused on creating awareness about water scarcity, and other environmental issues. 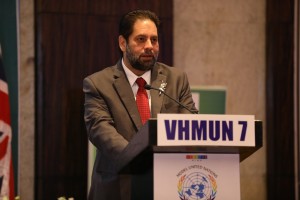 Mr. Rustom Kerawalla, Chairman of VIBGYOR Group of Schools, was also present for the event. In response to the overwhelming number of participants and spectators at the event, Mr. Kerawalla said, “Education for us is what the child learns through his/her own experiences. It is our responsibility to provide them with the right opportunities. Over the years, VHMUN has become a distinctive forum for students to voice their opinions. Moreover, it has served as a platform for them to meet, debate, deliberate, consult and discuss issues pertaining to international relations in a diplomatic way. Activities like these help the students to tap their inherent potential and build confidence which prepares them for real life challenges.”

The VHMUN proceedings took place over a course of three days, during which time, each of the participants got a chance to voice their opinions regarding the issue they were addressing, and took a stand that they believed would be more beneficial for the country they were representing. Some of the key topics that were covered over this period were Sustainable Development Goals for Climate Change, Combating Illegal Trade in Wildlife, Implications of Foreign Military Bases, Human Rights Violations by Philippines in light of their Campaign against Drug Use and Abuse, Cuban Missile Crisis, Standards of Intervention with Special Reference to the Indo Pak Border Conflict, and Humanitarian Situation in the Region of Balochistan.

Mr. Ajeet Bajaj spoke at the closing ceremony, sharing his wise words and good wishes with everyone present. He shared some pictures of his expeditions and connected with the crowd effortlessly.

VHMUN 2017 witnessed a great number of impressive speeches and debates, as the future leaders of the world took on these international issues with determination and diplomacy. It came to a close with an award ceremony, acknowledging all the hard work and talent that went behind this successful event.