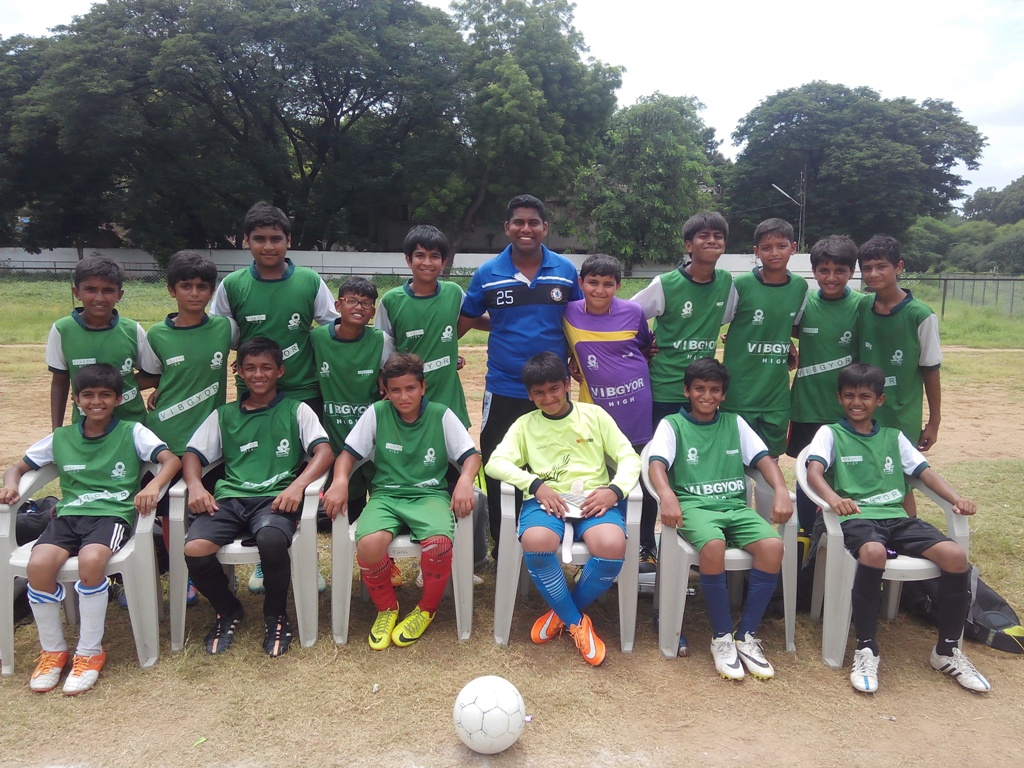 VIBGYOR High Vadodara School initially had a draw match with a score of 1-1. However, the team twisted the match in their favour in penalty shoot-out scoring 4-2. The team’s champions, Vedant Patel, Rushi Suthar, Yash Patel, Rudra Patel and Mihir Khakariya scored 1 goal each achieving victory for the team.

The team is qualified for Semi Finals.

The dedicated effort by the team, under the guidance and rigorous training program of the school is bringing forward repeated success in the game.