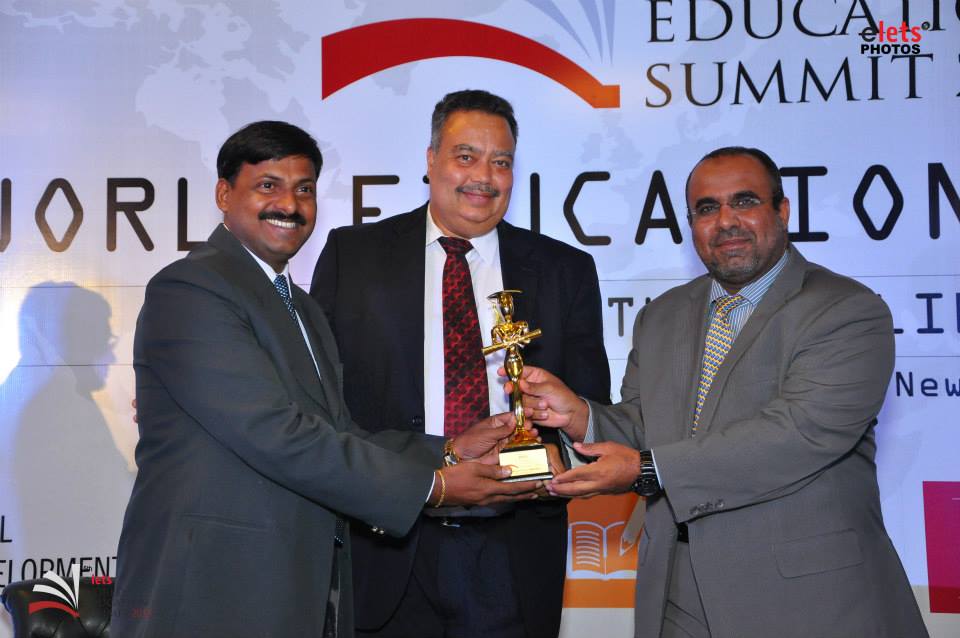 VIBGYOR High Kolhapur School has been recognized with the World Education Award for Global Collaborative Learning Initiative Award at World Education Summit 2015. Mr. T. Balan, Principal of VIBGYOR High Kolhapur School was felicitated by Dr. Abdullah Al-Shibli, Director Ministry of Higher Education, Oman at an event held in New Delhi, in the presence of eminent educationists across the world.

VIBGYOR High Kolhapur School regularly undertakes various projects to encourage the aspect of ‘Global Collaboration’ in learning among students. The projects undertaken under ‘Global Collaboration’ are an opportunity to connect classrooms across countries and serve to enhance and broaden students’ worldview and spark curiosity and independent learning amongst students. As a part of these projects, students of VIBGYOR High Kolhapur School have worked in support of various social causes like conservation of water, ill-effects of pollution, improvement in food resources and a lot more. Through this activity, students not only did a detailed study within India, but also interacted with students from other countries, to understand a global perspective on the subject. This initiative also empowered students to inculcate leadership and problem solving skills.

Expressing his views, Mr. T. Balan, Principal of VIBGYOR High Kolhapur School said, “It was a great honour for the entire VIBGYOR fraternity when our branch at Kolhapur received the most esteemed award. We are very delighted and I would like to congratulate my entire team of staff and students who contributed towards the achievement. I would also like to thank our Chairman and Managing Director, Mr. Rustom Kerawalla for creating an environment that helps in nurturing every child as creative future citizen in order to meet the challenges of this dynamically changing world.”

VIBGYOR High Kolhapur School has received several educational awards in the past, as well. The school has been declared as the Best Co-educational Day Boarding School in Kolhapur by Education World magazine, the Best CBSE School by Digital Learning magazine, and a few more.