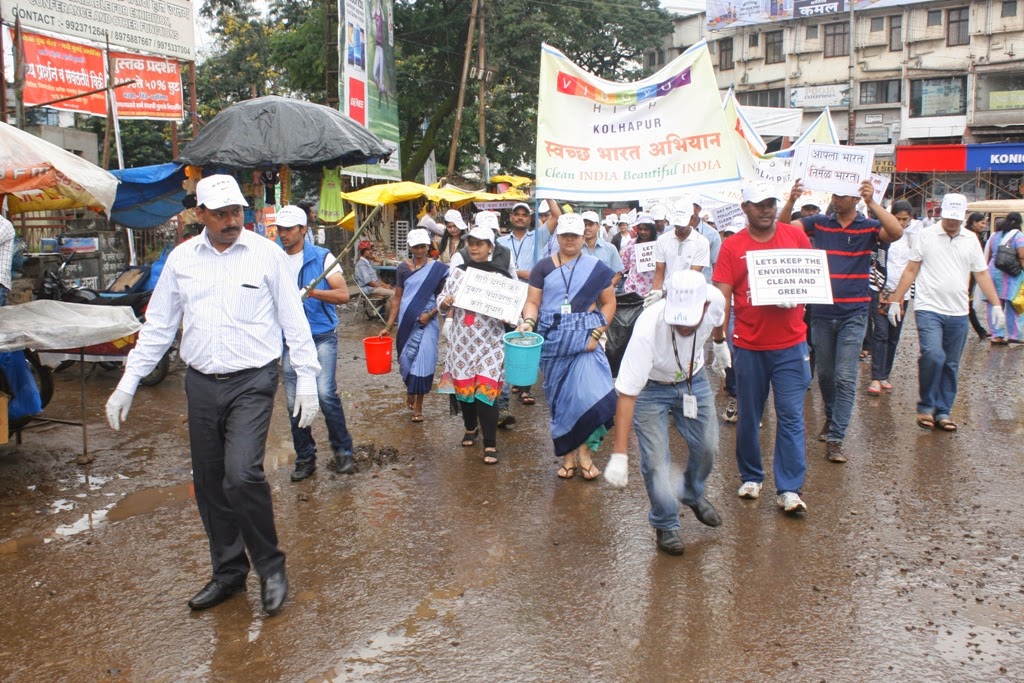 As an ode to the Swacha Bharat Abhiyan, the Vibgyorites of Kolhapur decided on a rally
to promote their duty towards the nation and create awareness for the upcoming
VIVA 2014.  With this thought, the
teaching and the nonteaching staff of VIBGYOR, Kolhapur gathered together on 15
November 2014 at the appointed venue, the Railway station of the city dressed
in blue jeans and white top/shirt. Armed with gloves, caps and the cleaning
gear, the sporty troopers of VIBGYOR progressed from one center of the Kolhapur
city to another.  The short and snappy
quotes like “HAMARA BHARAT, SWACHA BHARAT” and many more accentuated the entire
movement holding the spectators with varied feelings of anxiousness, approbation
or probably motivation.
The rally served more
than its purpose, as the Principal Mr. T. Balan quoted, “This one day cleaning
of dirt is just an iota of what we intended.  What’s noteworthy is the
message that we wished to convey to the commoners, and I’m glad we were
successful in our bit in stirring minds and create an awakening”.
Thus we not only taught our kids to
maintain hygiene, but did the cleaning ourselves and enthused many others to do
the same. Everybody from the Principal to the ancillary staff actively
participated in it. Now this is exactly how we lived up to the emotion;“Good
things indeed start from home”.